How did I come to know about Modern Pranic healing

“The purpose of Meditation is do develop your Higher Faculties. Without this development, understanding deeper Spiritual Truths is not possible.” Master Choa Kok Sui Meditation comes from the Latin word mediatio, (verb: meditari) meaning “to think, contemplate, ponder” and refers to a practice to self-regulate the body and mind, thereby affecting the mental events and attaining a subjective experience. This experience is often described as calming, blissful, silent and of heightened awareness, which are also considered as some of the benefits of meditation.
In theosophy, meditation is described as the act of “stirring the consciousness into activity with reference to that object alone; looking at the object in every possible light, and trying to penetrate its meaning, to reach a new and deep thought or receive some intuitional light upon it.” Arthur E. Powell
Meditation in Hindu terminology is known as Dhyana, which refers to maintaining prolonged awareness towards a subject and it is highly recommended because of its numerous benefits. The benefits of meditation have been described as attaining peace and illumination and have been parts of Hindu scriptures and Buddhist teachings from long back.
The aim of meditation is therefore to train the attention and awareness in order to bring the mind and its activities under greater voluntary control and thereby attain specific capacities such as calmness, clarity and inner experiences. 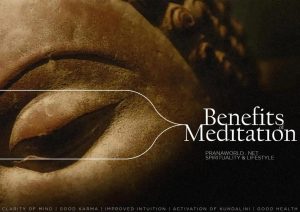 The silence and stillness included as one of the benefits of meditation in this case is not the goal, but just a stepping-stone towards greater inner activities and experiences.
Benefits of meditation are vast and numerous from reaching a level of calmness and stillness, to opened horizons of intuition and psychic abilities. What benefit you achieve from it also depends on the nature of the meditations. There are many meditations currently available from just simple breathing techniques, to highly advanced Arhatic meditations such as Kundalini Yoga and Dhyan. Meditation on Twin Hearts in this case is one of the simple yet very powerful techniques that can bring about tremendous positive changes for the practitioner and his life.

My first introduction to pranic healing